Is Sleep Apnea In Houston A Dental Problem? 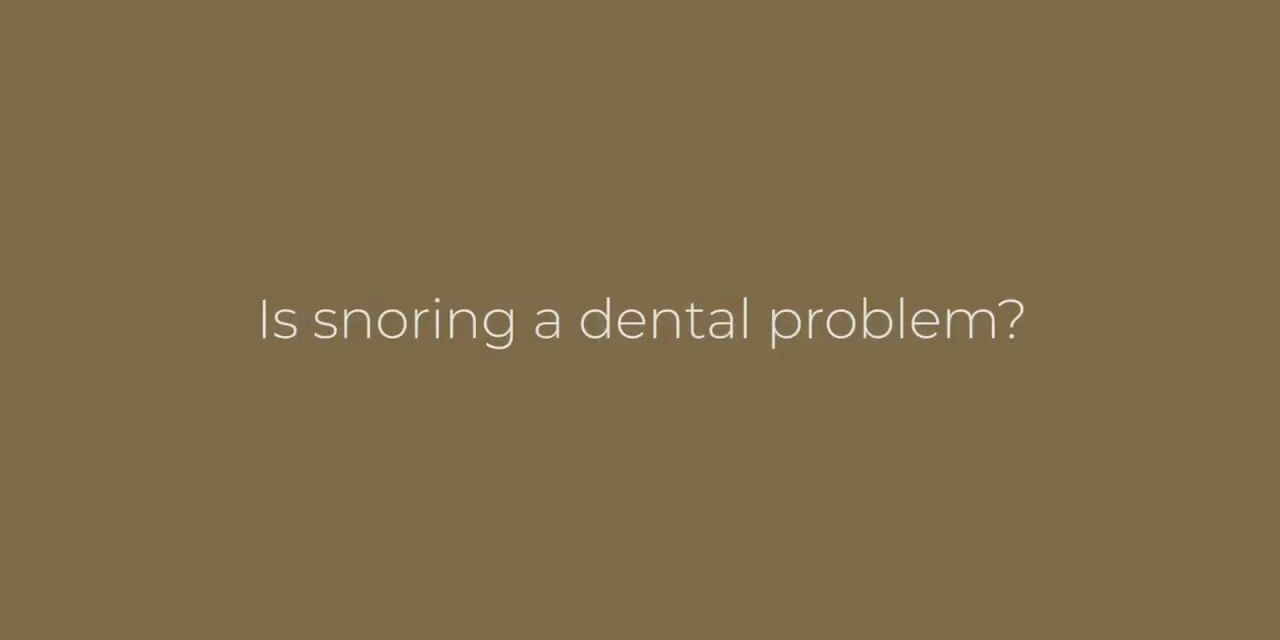 A: A complex question— even would require a more complex answer. Snoring is generally an issue dealing with airway issues and the tongue. The tongue typically falls back into the airway causing people to snore. Some of the treatments can involve dentistry. Part of that is expanding the mouth giving the tongue more room. From that standpoint, is it a dental issue? Yes, it can fall inside what I would call a dental issue. However, usually, when treating snoring and sleep apnea issues, you’re going to be working with multiple types of doctors.

What Is Sleep Apnea?

Sleep apnea is a condition where you experience an involuntary stoppage in breathing while you are asleep. The word apnea is Greek and literally translates to “without breath,” so the condition is aptly named.

There are three variations of sleep apnea: central, mixed, and obstructive which is the most common. Even though the root cause for each variation is different—the symptoms are the same. Repeated breathing cessation combined with high blood pressure, constant fatigue, and recurring headaches to name a few.

Obstructive sleep apnea is caused by the airway being blocked by the soft tissue in the back of the throat collapsing. With central sleep apnea, the airway itself is not blocked. Instead, this is caused by the brain not signaling your lungs and diaphragm to breathe. Mixed apnea is self-explanatory: it is a combination of both obstructive and central. Either way, with each case, the brain partially awakens the patient to make them breathe. This disrupts the sleep cycle and in turn, the patient is fatigued the next morning due to fragmented sleep.

However, many cases of sleep apnea in Houston go untreated or undiagnosed. Mainly because in most cases, the person doesn’t even know they stop breathing. The stoppage is not quite severe enough to fully trigger the patient to awake. It does, however, leave lingering aftereffects that are usually a common thread among those suffering from it.

If sleep apnea is not dealt with, it can have fatal or life-shortening side effects at the very least. Heart disease, depression, stroke, hypertension, migraines, and even sudden death.

Who Gets Sleep Apnea In Houston And Why?

Sleep apnea can be caused by numerous factors, but it is more common in men than women—specifically African-American and Hispanic men. One of the obvious signs is loud and disruptive snoring, often so loud it wakes their partner. The diagnosis of sleep apnea in Houston also seems to be a common thread in obese individuals. In many cases, sleep apnea is also a result of jaw misalignment that causes the tongue to slide back into the airway when sleeping.

Some other indicators may point to sleep apnea such as daytime fatigue and losing breath overnight. However, it should be noted that sometimes none of the symptoms are present in daily life.

It takes a monitored sleep study either in-home or at an inpatient facility to monitor your sleep and breathing patterns. A sleep study is invaluable to find out how severe your apnea is and what the best course of treatment would be.

Despite sleep apnea being as common as type 2 diabetes, there is a significant lack of awareness about it. Even many healthcare professionals overlook symptoms when seeing patients. Therefore, a majority of sleep apnea patients go on unaware of their condition. This is a serious issue as the disorder can cause so many serious consequences. Yet still, because of the lack of awareness by the public and health care professionals, most sleep apnea patients remain undiagnosed and therefore untreated, even though this serious disorder can have significant consequences. In fact, sleep apnea has even been potentially responsible for work impairment, auto crashes, and other workplace accidents.

This disorder does not need to go untreated though. There are several viable options for treatment— some medical and some dental.

Sleep apnea treatment is an ongoing and growing field with new insights discovered often. There are some treatments that have been proven to work in many cases. We’re going to talk about the two most common treatments.

Positive airway pressure is a treatment made possible by the use of a machine combined with a breathing mask. These machines are the most prescribed treatment for severe and even moderate sleep apnea cases.

The breathing mask is worn over the nose or in some cases over the mouth and nose. While sleeping the mask delivers pressurized air directly into the patient’s throat. The air can be continuous or intermittent depending on the severity. This positive air pressure keeps the patient’s throat from collapsing at night.

Oral appliances are a growing trend for the treatment of OSA due to their results without being as intrusive as CPAP. In fact, many patients are opting to go to oral appliances as their first choice to treat their condition.

However, there are over a hundred different oral appliances that are FDA approved for treating sleep apnea. So, finding the right one for you may take some trial and error, and detailed research.

Oral appliances all work to achieve the same goal even if their design may differ from one to the next. The appliances are worn inside your mouth while sleeping and are similar to a mouth guard or orthodontic device.

The difference in these appliances is that they are designed to force your lower jaw out enough to keep your airway open. This prevents the tongue and muscles in the upper airway from causing a blockage due to collapsing.

Oral appliance therapy is an effective option for those that cannot sleep with a CPAP due to its invasive nature. Oral appliances are a treatment for any lifestyle and patients prefer them more and more because they are:

Sleep Apnea In Houston Can Be Treated By Your Dentist

Although there are some universal oral appliances you can buy over-the-counter, they aren’t FDA approved for treating your sleep apnea. Also, without them being custom-fitted to your mouth—you can cause more problems. We have seen many patients come in with teeth that have shifted, TMJ, or even worse sleep apnea.

First, you need to talk things over with your physician and find out if you even have the obstructive form of sleep apnea. If it is central sleep apnea, an oral appliance is not going to give the results you are expecting. Once you’ve been properly diagnosed with OSA—that is where the expertise of a dentist comes into play.

Dentists spend years in school learning the mechanics of the mouth and all things in between—including dental sleep medicine. What is dental sleep medicine? It’s the specialized field of dentistry that focuses on using oral appliances to treat OSA. These oral appliances differ from over-the-counter imitations in that they are custom designed to your mouth. Not only that, but they are also FDA approved for treating OSA, meaning they’ve met rigorous criteria.

When you have obstructive sleep apnea, your best bet for treatment is to visit your trusted dentist. They have the tools on site to get a mold of your mouth and ensure everything is done properly. No guesswork, no boil n bite mouth-guards—it’s a custom solution just for you.

The Best Dental Practice For Sleep Apnea In Houston

Many dentists in Houston will offer services they aren’t as experienced in as general dentistry. Specialized fields such as dental implantology, cosmetic dentistry and, you guessed it—dental sleep medicine require special skillsets. At Comprehensive Dental Group Of Houston, we don’t just have dentists, we have seasoned specialists for all your dental needs. Dental sleep medicine is a field where we have helped thousands of patients get relief from OSA. We can help you too, contact us today to schedule your consultation for oral appliance therapy.

Why Comprehensive Dental Group Is The Best Choice For Dental Implants In Houston
January 15, 2019